The museum was founded in 1834, as the National Museum of Natural History and Anchor. Over time, the museum was housed in different buildings. The current headquarters building was the first designed for a museum. It was built by the efforts of Grigore Antipa, director of the museum from 1893 until 1944. Grigore Antipa done a modern museum by how modern museum exhibition, and the role assigned to such an institution. On May 23, 1933, King Charles II decided that the museum has to be named like his organizer, Dr. Grigore Antipa. 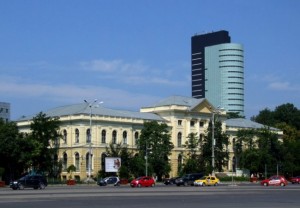 The approximately 1 300 000 copies are grouped in 130 collections belonging to groups of animals, as well as collections of minerals and rocks, fossils, comparative anatomy, ethnography and anthropology. The value of the collections is enhanced by the over 5000 type specimens, after which new species were described for science, in the world, and there are only in Grigore Antipa.

The museum is located in Victoria Square near the Romanian Peasant Museum, on Kiseleff at number 1. Opening is Tuesday through Sunday between 10:00 and 20:00. Last admission: 19:00. Monday the museum it is closed. Website: www.antipa.ro