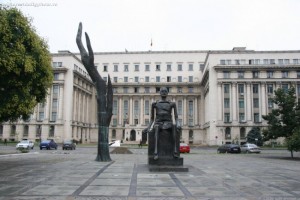 Documentary mentioned since 1459, Bucharest is the capital of Romania, Kilometer 0 of culture, economy and Romanian education.

Hit by natural disasters, fires burned, occupied by migratory people and tormented by wars, Bucharest reborns every time stronger, thanks to its inhabitants, which have brang in the interwar period the name of “Little Paris”, a name that is familiar to those who cross the threshold.

Like Rome, Bucharest was founded over seven hills, surrounded by Vlasiei Woods, crossed by the Dambovita River and numerous lakes: Herastrau, Floreasca, Tei, Colentina benefiting of all the natural ingredients for a balanced continental climate.

By combining classic and contemporary architecture, sophisticated and simple, the city becames one of the attractions of Eastern Europe, imposing buildings which shelter business centers raise haughty near old buildings that keeps its flavor of old times, welcoming cafes and terraces which recive their guests during the day, and the nights are dedicated to the pubs and clubs for satisfing the most demanding tastes, the parks offer a green oasis for young and old people and the theaters and the performance halls are true royal hosts culture.

Bucharest is the center of the Romanian education, too, place where students from Romania meet students from other parts of the world.

The revolution from December 1989 created a new beginning, an opening to the world, an awakening of national consciousness by removing the communist regime.

Europeans and others began to be attracted by business opportunities that have brought strong foreign investors and have confirmed them the enormous potential that Romania offers in general and Bucharest especially.

Pictures used with the agreement of www.bucharestdailyphoto.ro